Created by leading vascular surgeons, specialist GPs, and scientists, UK Vein Clinic was set up to make world-class treatment not just the right option, but an easier one for more people

With routine treatment severely restricted through the NHS, we set out to create a service driven by patient outcomes, rigorous care, and pricing that’s both fair and transparent. That’s why our care pathways have been designed by some of the world’s leading vascular surgeons. It’s also why our prices are fixed, and come with a guarantee that our varicose vein treatment will successfully close the targeted veins. So the relief you get from varicose veins is relief that lasts 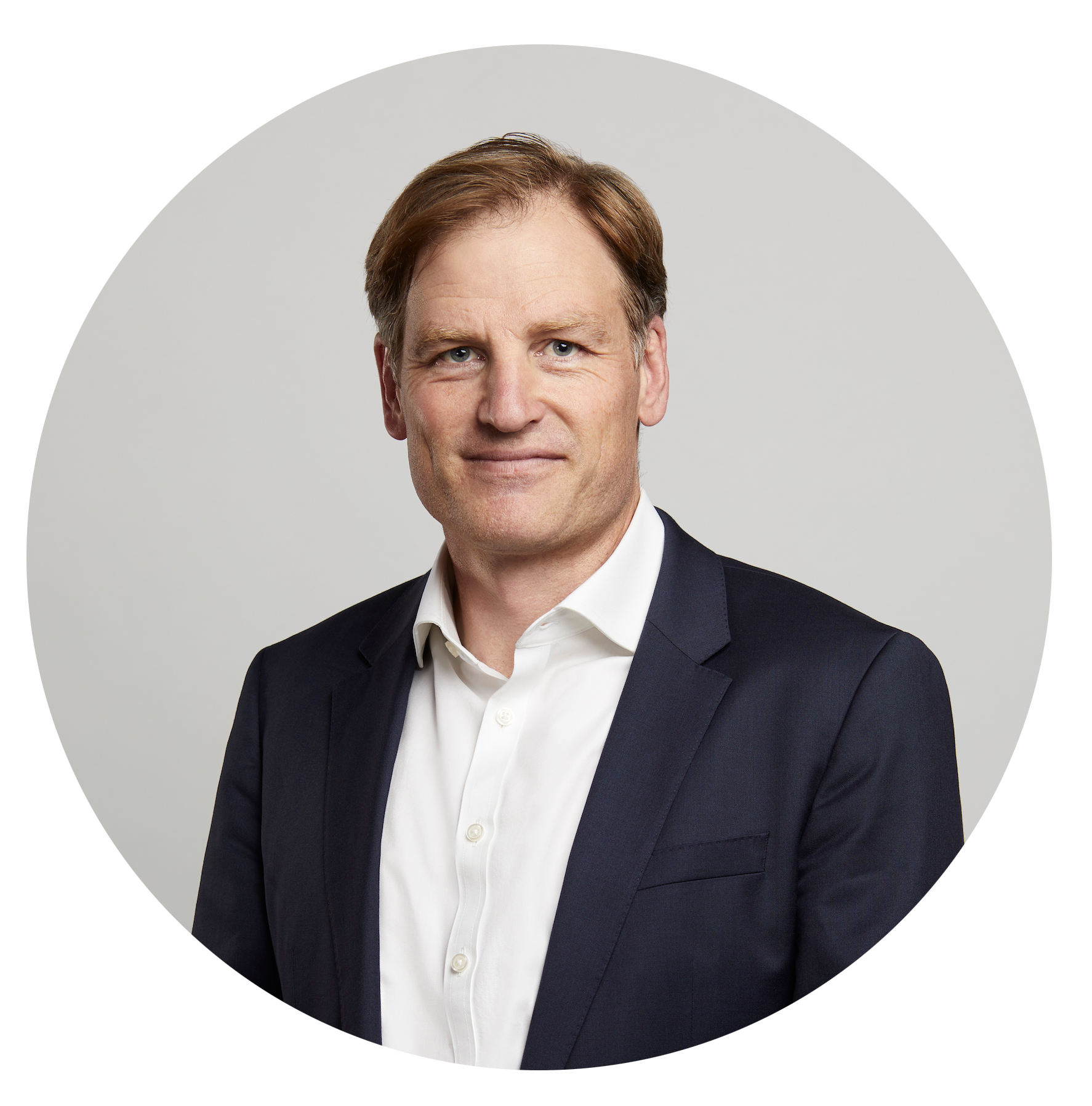 Stephen has an international reputation for the treatment of venous disorders of both the superficial and deep system and is heavily involved in both education and training in these fields. He designed the UK Vein Clinic varicose vein care pathway and leads the surgical team.

Alongside his private work, Stephen leads the largest vascular team in Europe and contributes to the European guidelines and standards for venous surgery.

A graduate of Imperial College, London and the University of Witwatersrand in Johannesburg, Stephen is currently the clinical lead for vascular surgery at Guys’ and St Thomas’s hospital in London. He has been instrumental in building the venous service at the hospital and lead this component prior to becoming clinical lead. He is Professor of Venous Surgery at Kings College, London. He was previously a consultant and senior lecturer at St George’s hospital in London 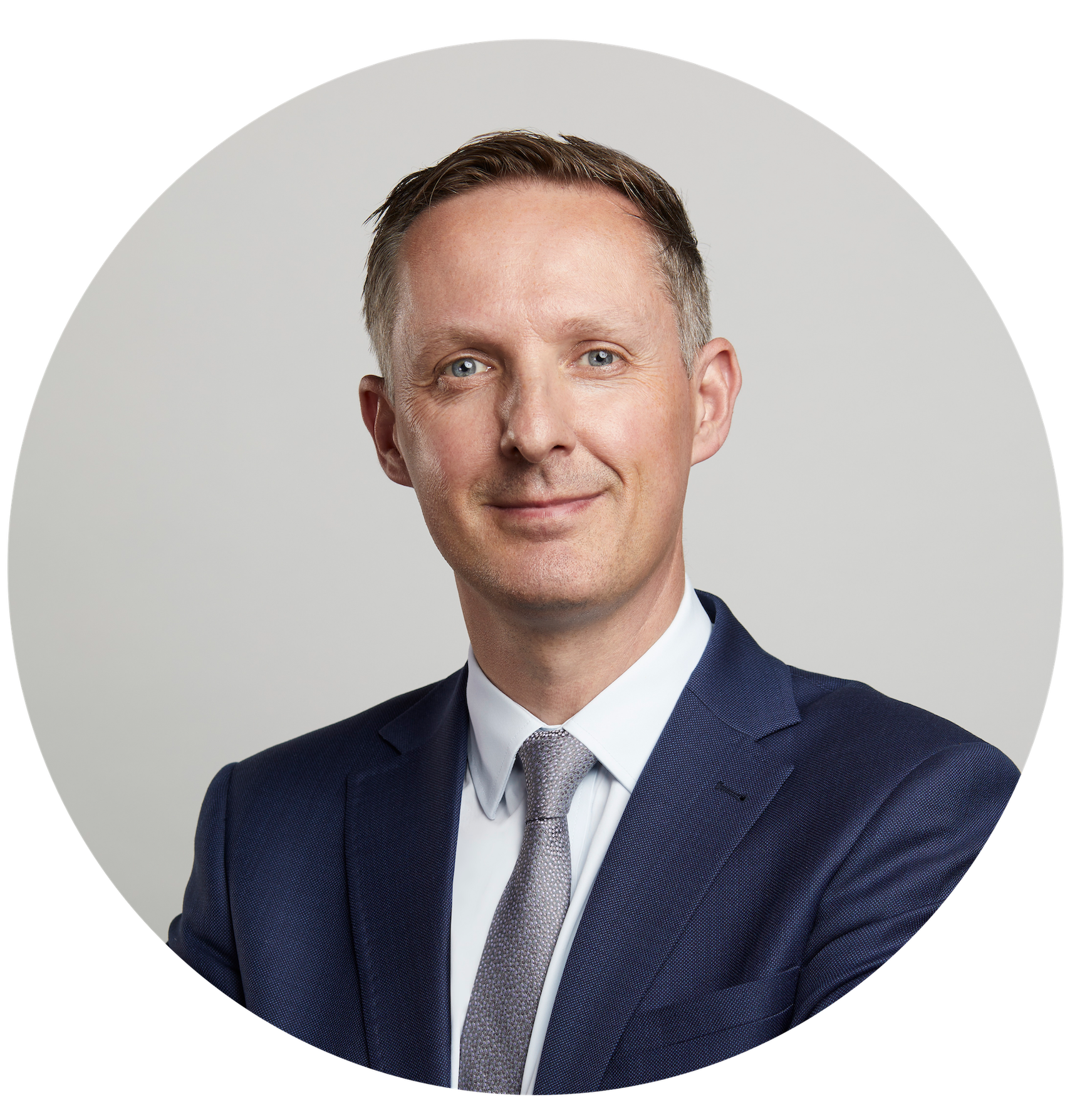 Peter is an experienced clinical practitioner specialising in vascular medicine. He designed our thread vein care pathway and leads the thread vein team

Peter studied at Liverpool Medical School, but completed part of his studies at America’s prestigious Mayo Clinic. After graduating, he worked in Hospital Medicine at Royal Liverpool University Hospital Trust, and established himself in several surgical specialities including general surgery, Ear Nose and Throat, and emergency medicine. He also worked as a Principal and Trainer in an established NHS medical practice in Cheshire, and became a founding partner of The Stamford Clinic

He is a member of the Expert Witness Institute, a Fellow of the Royal Society of Medicine, and Medical Director at thread vein specialist Dr Newmans Clinic 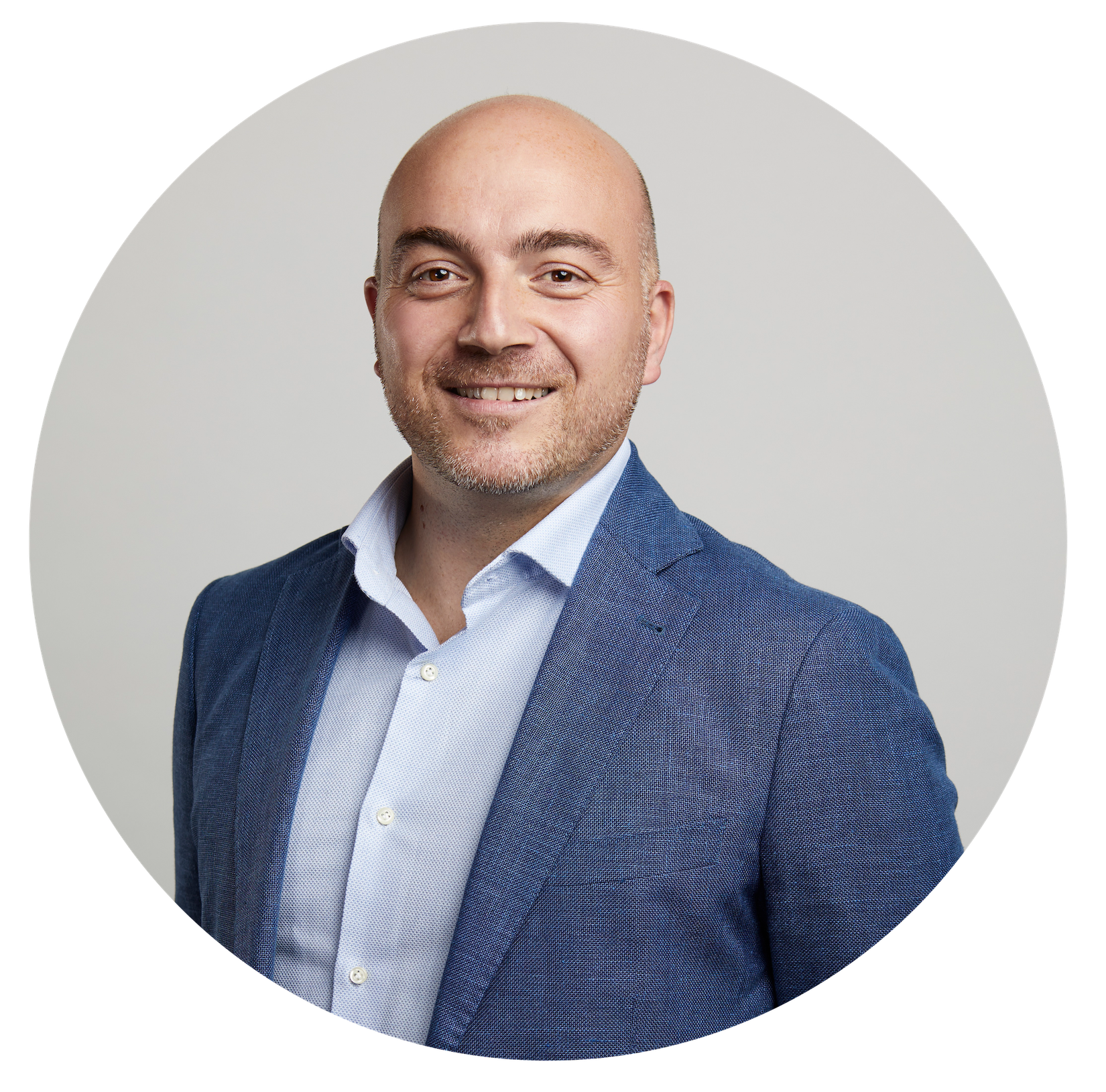 After completing MScs in Vascular Ultrasound and Clinical Experimentation of Drugs in Florence, Fabrizio joined the Vascular Research Institute in Exeter. He is currently Senior Vascular Sonographer at St George’s Hospital in London

Fabrizio has tutored on several training courses in vascular ultrasound, and is Co-Founder of ABC Vascular - an online vascular training platform for healthcare professionals. An accredited Clinical Vascular Scientist, he was awarded the 2015 Ann Donald Award for Scientist of the Year, by the Vascular Technology Society of Great Britain and Ireland 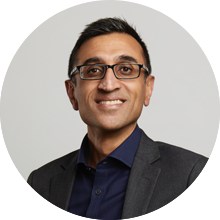 Sanjay Patel is a Vascular Consultant here at the UK Vein Clinic
‍
He graduated from the University of Manchester Medical School in 2001, and trained in Manchester and Nottingham before undertaking a period of research for which he was awarded an MD(Res) by King’s College London

Sanjay went onto complete higher surgical training specialising in Vascular and Endovascular (minimally invasive) surgery. He became a Fellow of the Royal College of Surgeons of England (FRCS) in 2014. He then undertook a specialist Lower Limb Fellowship at the prestigious Guy’s and St Thomas’ Hospital where he acquired specific skills in the treatment of blood vessels using minimally invasive techniques
‍
He was appointed as Consultant Vascular and Endovascular surgeon at Guy’s and St Thomas’ NHS Foundation Trust in 2014. He is currently the Lower Limb Lead 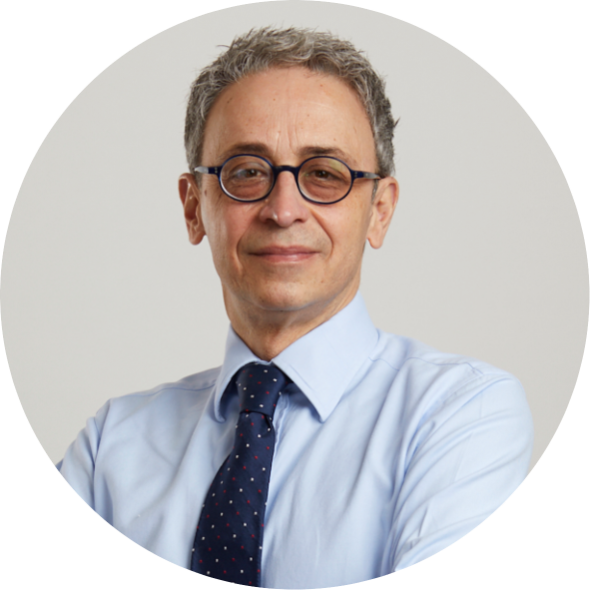 Michael is a Consultant Vascular surgeon at the UK Vein Clinic

Having graduated from Athens Medical School in 1992, Michael completed his 2 years' military service in Greece as an army doctor.

Following a period of research in the UK at the prestigious University College London, he was awarded MS (Master of Surgery) in 1997. All of Michael's higher specialist training in Vascular & Endovascular procedures has been in the UK.

Michael became a Fellow of the Royal College of Surgeons (General Surgery) in 2007. He went on to achieve a specialist 2 year fellowship in complex open & endovascular surgery at St Mary's Hospital, London. He was then appointed Consultant Vascular & Endovascular Surgeon at Kings College, London in 2009.
‍
Following is appointment as Consultant surgeon at Guy's & St Thomas' Hospital, London in 2013, Michael has become the clinical lead for the South East London Vascular Network, responsible for organising the Vascular service for 5 hospitals. He is also the lead for the London Vascular & Endovascular surgical skills program for higher specialist trainees. 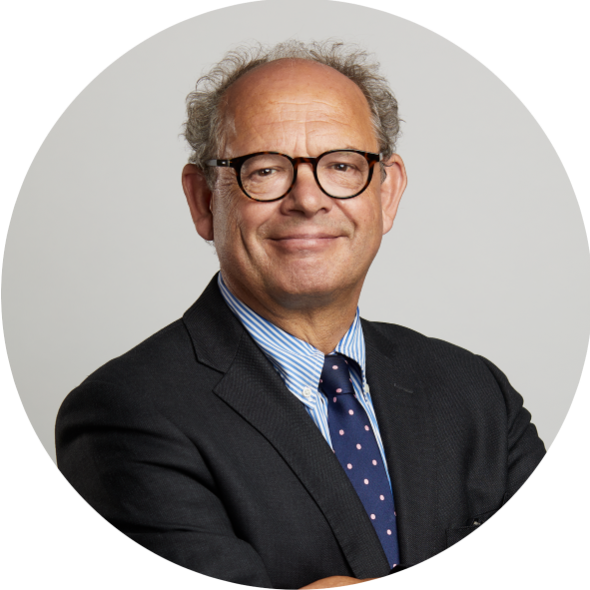 Michael qualified at Guy's & St Thomas' Hospital and his later training in surgery and medicine, for several years, included experience in Canada and New Zealand.

On returning to the UK he joined a long established General Practice in West Sussex as a partner and later became a GP Trainer and Appraiser.

His special interests include Dermatology and minor surgery and he subsequently trained as a vascular practitioner with the critically acclaimed Dr Newman's Clinic.

Michael is a member of the Expert Witness Institute and also of the Royal Society of Medicine. 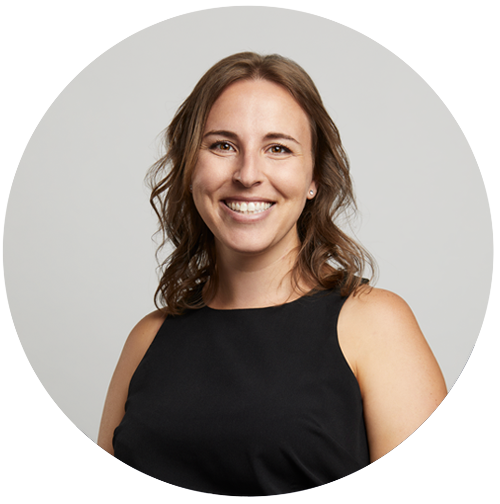 At UKVC, Vanessa supports patients during their procedure and leads the nursing and aftercare team.

Vanessa was born and raised in California, where she initially attended UC Berkeley for a BA in History, before she went on to complete a Bachelor of Nursing degree at the University of Glasgow. With a background in cardiovascular theatre nursing, Vanessa works at St Thomas’ Hospital as the Venous Clinical Nurse Specialist

She has an interest in the management of venous disease. This includes contributing to research and running a nurse-led leg ulcer clinic. She has extensive experience in developing and managing varicose vein treatment lists. Vanessa looks forward to each opportunity to help treat varicose veins because she knows fixing what is wrongly considered nonessential can dramatically improve someone’s quality of life 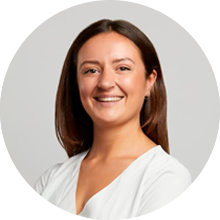 She graduated from Kings College London in 2015, and has a background working in Intensive Care Nursing

Having spent the past two years working as a specialist nurse in veins, Lily works in Vascular Research at Guys and St Thomas’ in London, recruiting vascular patients into clinical trials in order for them to receive innovative new treatments and the very best care 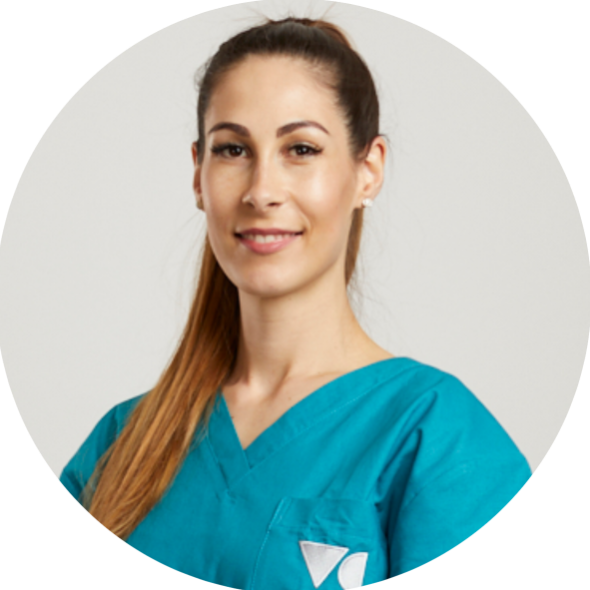 Having graduated in Portugal in 2013, Diana has been working in the UK for 8 years. Her extensive experience with patients spans across hospital wards, and surgical theatres (Vascular Surgery). She is now currently working in respiratory research.

For the past 4 years, Diana has been assisting complex and minimally invasive Vascular surgical treatments. Her passion is being able to help patients; being there for them whilst they have treatment and ensuring their aftercare is successful.

Diana takes great satisfaction from being an important part of a process that changes a patient's quality of life for the better. 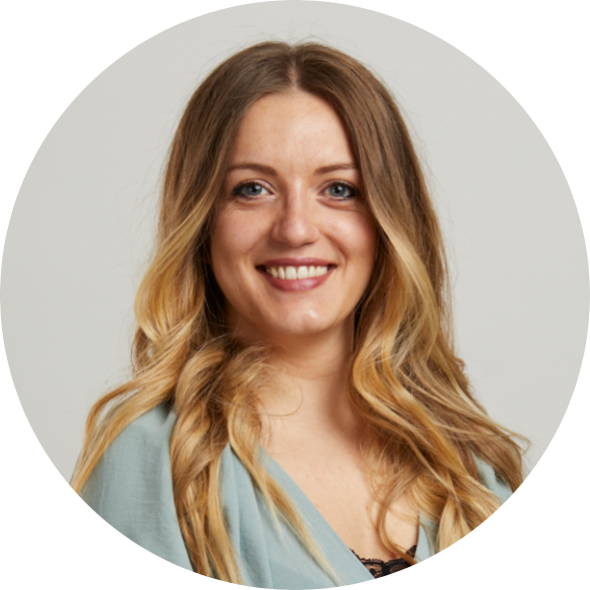 Born and raised in Italy, Federica completed a Bachelor of Nursing degree at the University of Ancona.

She currently works at St Thomas’ Hospital as a Cardiovascular Research Nurse and has an extensive experience in Vascular Research. Having spent the last five years recruiting patients into clinical trials, her aim is to give them access to the most innovative treatments and improve health and quality of life. 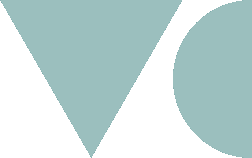 Get the right treatment for you, from the best team in this field

Book a call now with one of our specialist advisors